Columbus traffic stop leads to seizure of drugs, guns, and one person arrested

Columbus traffic stop leads to seizure of drugs, guns, and one person arrested 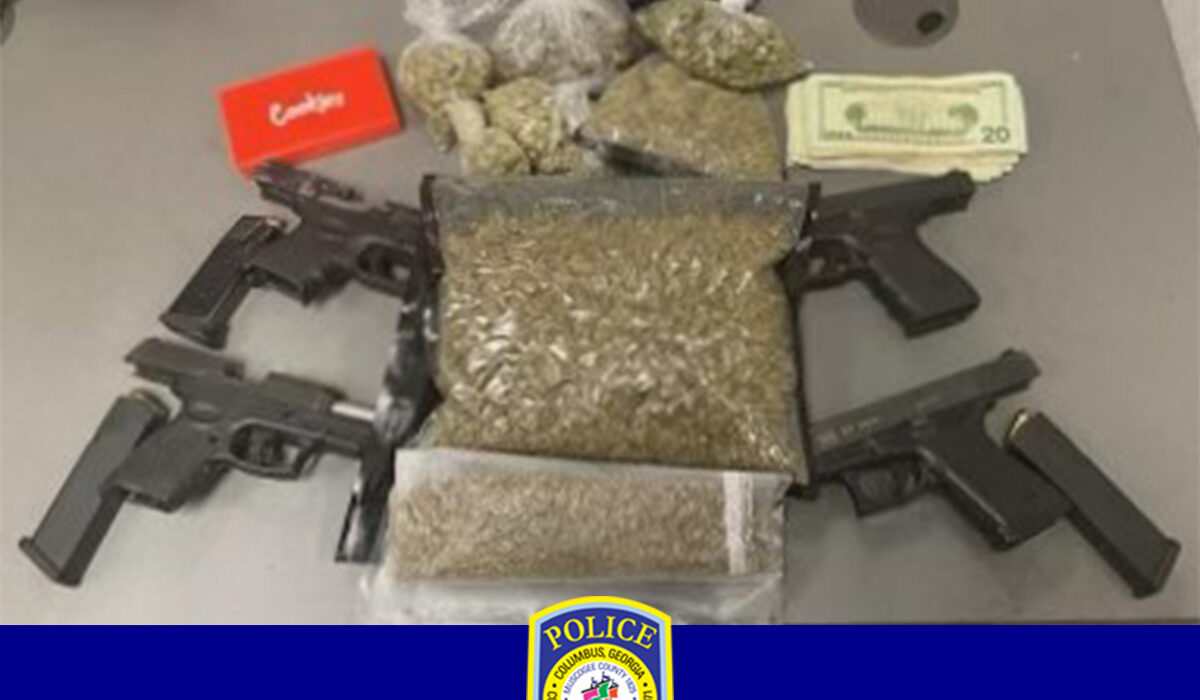 A traffic stop by Columbus Police has led to the seizure of drugs and guns, and the arrest of one person.

The incident began today, November 29, 2022, at about 12:35 a.m., a Columbus Police Department officer noticed an individual acting suspiciously at the Circle K located on the 5100 block of Warm Springs Road. The individual was standing in the parking lot and upon seeing the police car, he quickly walked inside the store. When the officer turned around and headed towards the store, the individual had already exited the store, gotten into a 2012 Hyundai Sonata, and exited the parking lot.

The officer turned to follow the vehicle on Warm Springs Road, but the vehicle made a sudden turn and sped up as if it was an attempt to flee from the police car. After briefly losing sight of the vehicle, the officer found the car parked on Potomac Circle and witnessed five (5) males exit the vehicle and run away. The officer observed one of the suspects hiding in the wood line behind a home on the 6200 block of Potomac Circle.

As the officer started giving commands, the suspect, later identified as Jarquiz Williams, 18, tossed a backpack in the wood line. Williams eventually complied and was taken into custody without incident.

The officer then looked inside the vehicle and saw a pistol in plain sight in the center console and noticed a strong odor of marijuana coming from the car. After retrieving the backpack that was discarded in the wood line, the officer looked inside it and found a large amount of marijuana in various size baggies and zip lock bags, and two pistols. An additional backpack was found on the back seat of the car and inside it was another large amount of marijuana.

The officer searched the path the suspects traveled when they fled on foot and found an additional pistol which was reported stolen from Kansas City Police Department. $423 in cash was found in Williams’ possession following his arrest.

During the search, officers seized the following:

• Glock 26 (found inside the vehicle)

Williams is charged with Obstruction of Police, Possession of Marijuana with Intent to Distribute, Possession of a Firearm During the Commission of a Crime, and Theft by Receiving Stolen Property. The other four suspects were able to get away and remain at large.